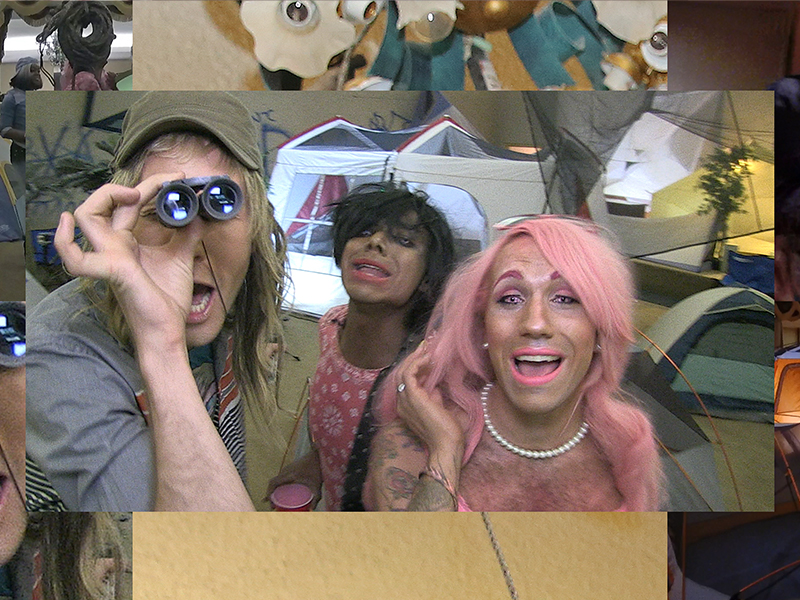 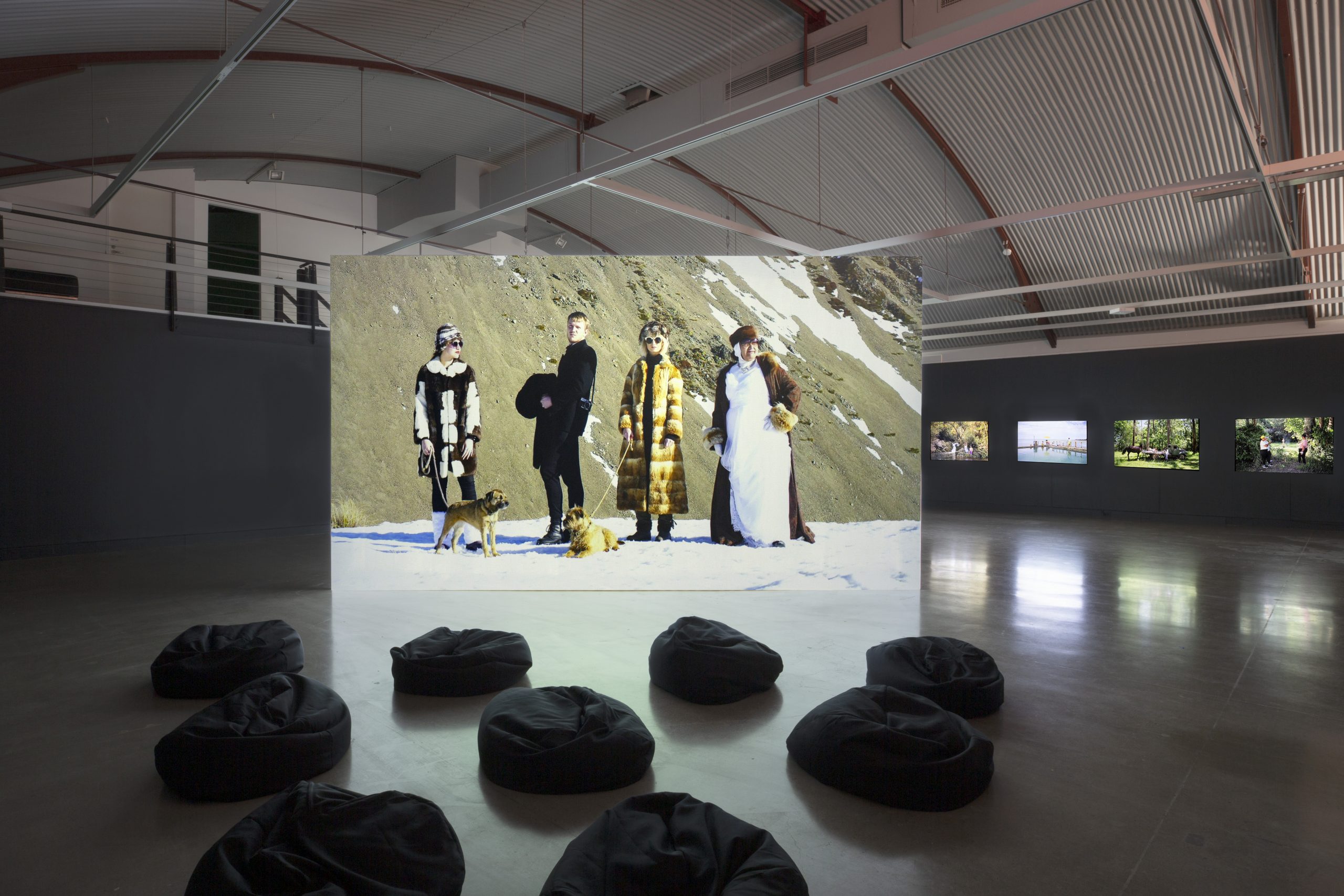 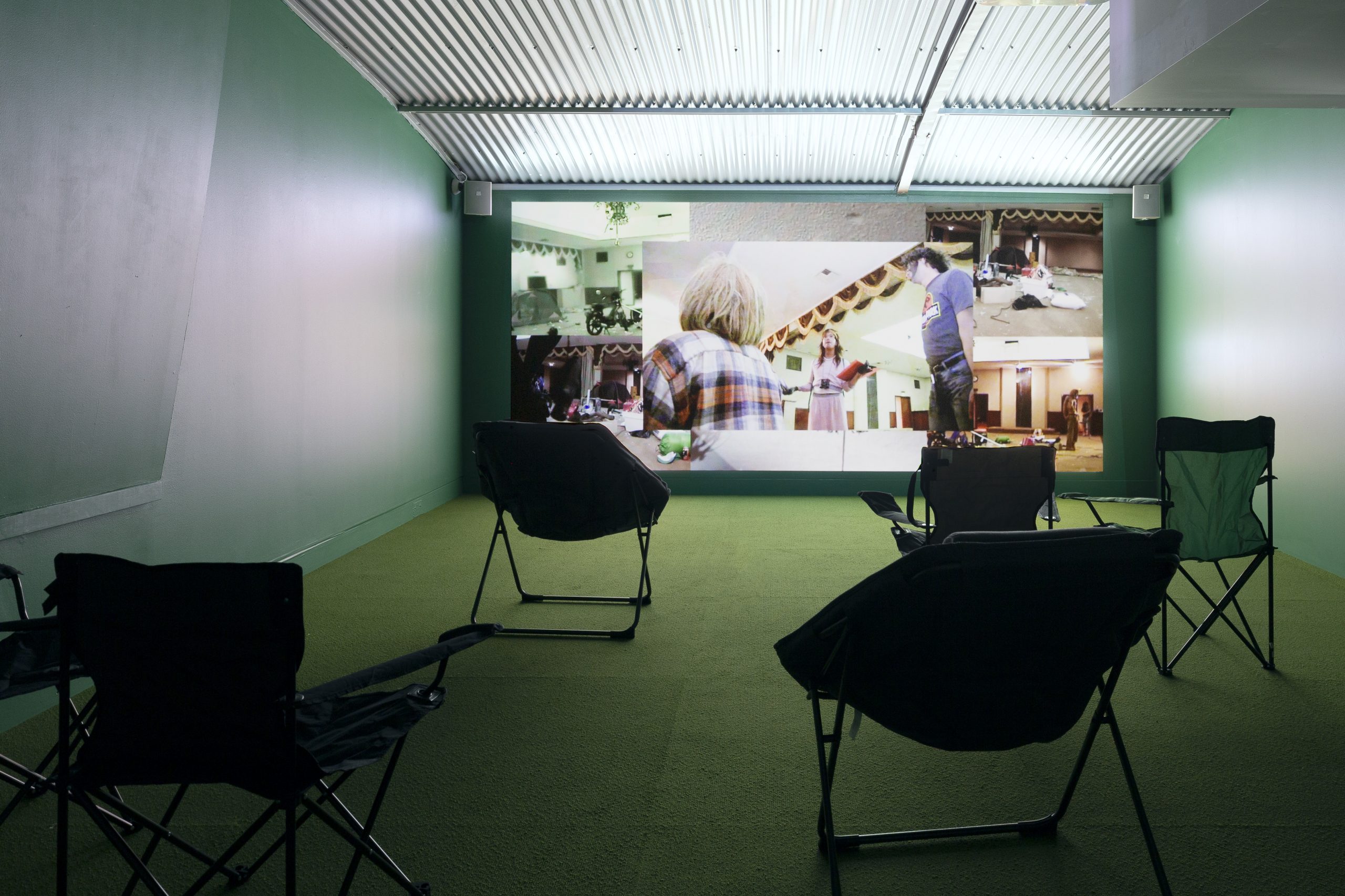 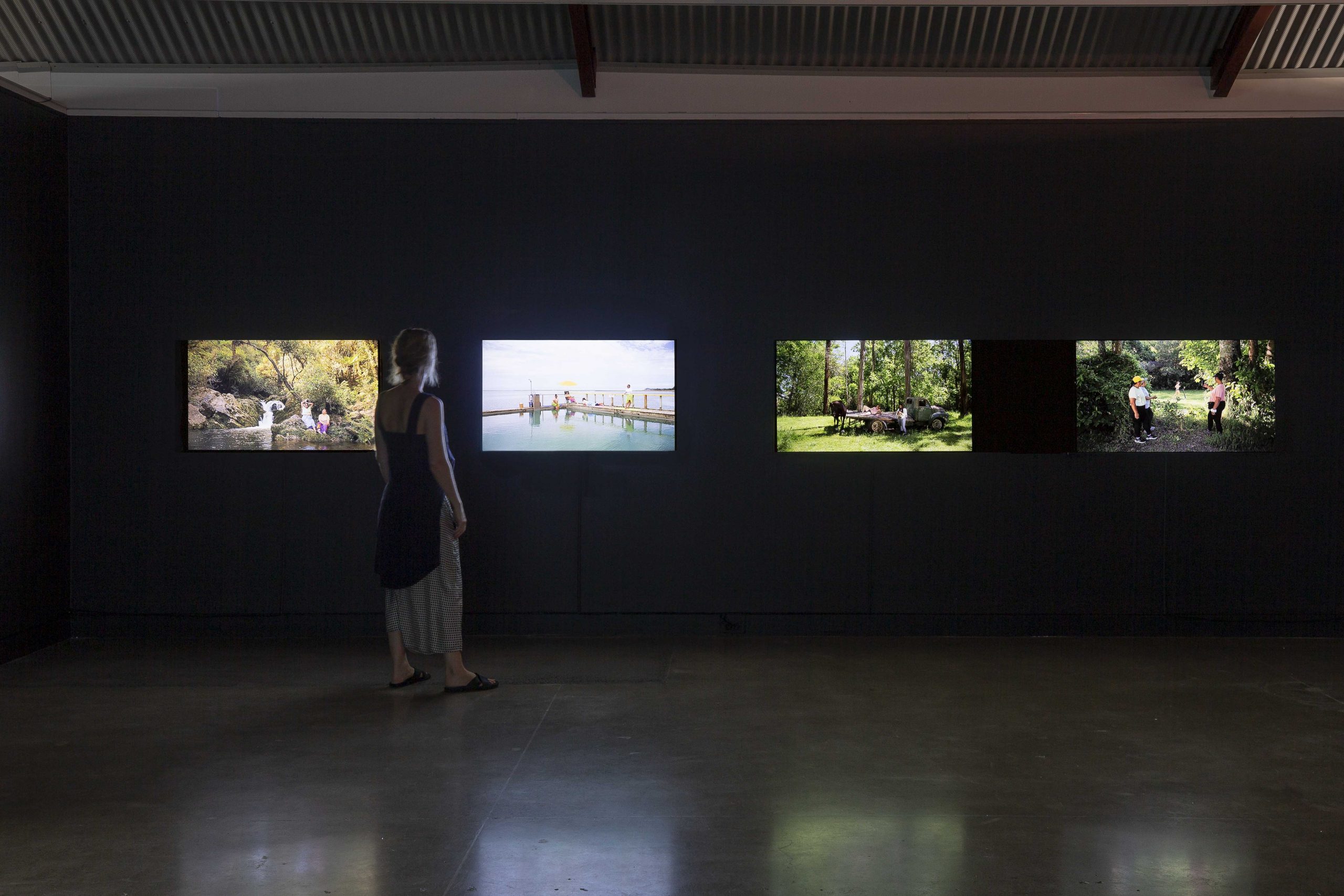 In our annual pairing of an early career Asia-Pacific artist with an esteemed international artist, Cement Fondu presents Samoan New Zealander Christopher Ulutupu alongside US artistic duo Lizzie Fitch and Ryan Trecartin, whose critically acclaimed multimedia installations have been exhibited at the Prada Foundation, Milan (2019), the Venice Biennale (2013) and the Whitney Museum of American Art (2006).

Despite their different cultural backgrounds and polar opposite aesthetic sensibilities, the pairing highlights potent similarities and fascinating divergences around the performance of identity in  relationship to place, speaking to ‘homelands’ and colonisation, tourism and new encounters.

The exhibition presents a newly commissioned video series by Ulutupu titled New Kid in Town (2021), which considers modern-day first encounters between tourists and Pacific Islanders. It also features Ulutupu’s The Romantic Picturesque: The Postcard Trilogy (2016-2018), a cinematic trio inspired by 1900’s tourist postcards that exoticized Pacific peoples and landscapes. The selected works by Fitch/Trecartin, Mark Trade and Temple Time, are from the SITE VISIT series (2016), in which they take their signature style of frenetic filmmaking and jabbering characters ‘outdoors’, documenting a camping expedition and tour around the American countryside.

From their respective perspectives and in their inimitable styles, the artists’ manipulations of camera, pace and personae demand that we pay a different kind of attention.  What is our claim to the place we call ‘home’, what assumptions do we make of people and places unknown?

With special thanks to Daata.art, Art Month, Secret Sound
These projects are supported by the NSW Government through Create NSW and Creative NZ