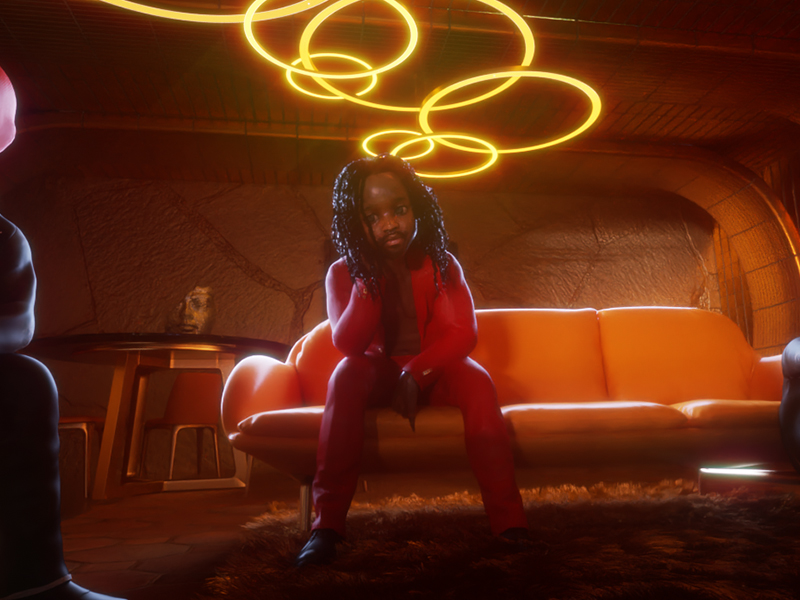 We’re excited to share that our third instalment of CF Presents is a collaborative music video by 3D artist Serwah Attafuah and musician Genesis Owusu.

Bonding over a mutual engagement in dystopian themes, a love of Sci-Fi Anime films like Akira, and an enmeshment of psychological and digital personas in their work, the pair have collaborated on a futuristic hybrid animated and live-action music video.

The video, for a new version of Owusu’s track “Gold Chains” remixed by Melbourne DJ Harvey Sutherland, sees an animated Genesis moving through a futuristic desert world, interacting with robots, clones and hover-cars, whilst being followed his real world counterpart.

This project is premiered online on the 7th of May, and you can watch it here.