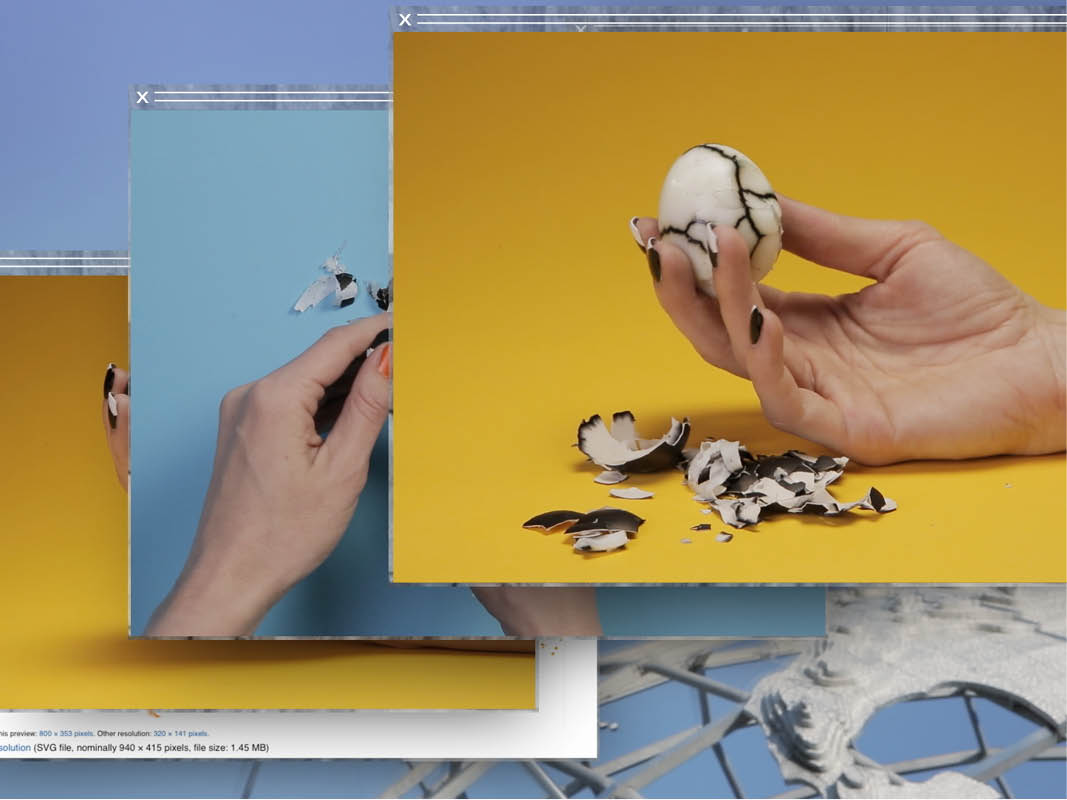 The creation of the universe implodes across a computer screen, the swell of a pregnant belly ripples with ocean tides, strands of knowledge converge in the Amazonian forest and yodeling can be heard in the distance.

An offsite event in the BETTER NATURE program, More-than-human is a film screening at Golden Age Cinema that features video artworks Grosse Fatigue by Camille Henrot (FR), Swell by Hannah Brontë (AUS), Forest Mind by Ursula Biemann (SWE), Just Because You Can’t See It… by Karrabing Film Collective (AUS) and goat in the goat boat and serve it hot by Heather Phillipson (UK). Each artwork traverses diverse ecological ideas from a more-than-human perspective, entangling us in environments, beings, and sensations.

Camille Henrot’s practice is heavily based in research, and she mines archives to explore such wide-ranging systems of knowledge as anthropology, ethnography, and the history of technology. Working in sculpture, film, installation, and drawing, she analyzes systems of visual information. The video Grosse Fatigue (2013) was created through a Smithsonian Artist Research Fellowship for which Henrot was granted permission to film the collections of the Smithsonian Archives of American Art, National Air and Space Museum, and National Museum of Natural History in Washington, D.C. Over the course of thirteen minutes, the video tells the story of the creation of the universe through a cascade of images that pop up, collide, and implode across a computer screen. Set to a soundtrack of a rapid-fire spoken-word poem, written in collaboration with poet Jacob Bromberg, the narrative blends scientific histories with creation stories from a variety of major religions (Buddhism, Christianity, Hinduism, Islam, Judaism), faiths (Freemasonry, Kabbalah), and indigenous traditions (Dogon, Inuit, Navajo). Highly subjective and intuitive, the work relates the vastness of the universe to the expansive arena of the Internet and points to the impossibility of a unifying system of knowledge.

Swell the absorption of one energy transmuted into a multitude of new energies. Swell of the ocean, swell of the belly, swell of your heart. We swell for many reasons, one of which is the first step in healing. An injury alerts our body to rush to the source and flood the affected area. The swell of a pregnant belly, a completely different form of swell, to flood nutrients to new life. The change of tides internally. A marking of time through gestation. A small travelling universe within the mother. The sphere of time as the mother lays in the womb of the ocean her baby lays in the ocean of her womb. Echoing the never ending cycle of time, speaking to the portals we may create when we acknowledge what has been before , what is and what is coming may all move rhythmically together.

Located in the Amazonian forests of Colombia, Forest Mind unites diverse strands of knowledge on the metaphysics of plants, on plant-human relationships, and the coding of life with its form of storing information. Drawing on scientific as well as shamanic perspectives of engaging with the world, the video takes an ecocentric worldview in search for the intelligence of nature.

With modern science adopting a predominantly mechanistic take on the living world, and indigenous peoples experiencing an animate natural territory imbued with a spiritual dimension, these distinct cosmologies were considered vastly incompatible for the longest time. Forest Mind locates itself at the convergence of scientific and colonial histories in view of decolonizing indigenous knowledge and bringing it into a common reading with modern science, as for instance plant neurobiology quantum biology, the anthropology of science, ethnobotany, and philosophies engaging with the life of plants. Likewise, indigenous cosmologies are brought into dialogue with western philosophies. In collaboration with ETH Zurich, the artist explores new visual and scientific methodologies by which the digital code of sonic files can be converted into DNA codes and stored for eternity.

Produced for Dazibao, Montréal, Just because you can’t see it… is a serious, sometimes humorous, reflection on Karrabing Film Collective’s understandings of the ancestral present –that their totems and ancestors are not in the past, but are an ongoing relationship they are obligated to maintain for their own health and wellbeing and that of their more-than-human lands, seas and worlds.

The Karrabing Film Collective consists of over 50 members, all but one Indigenous stakeholders for the land, with ages from new-born to elder. The Karrabing Indigenous Corporation seeks to use art to integrate their parents and grandparents ways of life into their contemporary struggles to educate their children, create economically sustainable cultural and environmental businesses, and support their homeland centres.

THIS PROJECT IS SUPPORTED BY THE NSW GOVERNMENT THROUGH CREATE NSW.